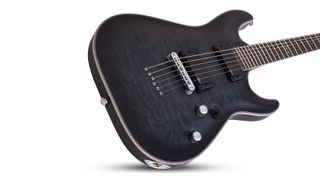 Amazon Prime Day 2019 is on its way, with the official dates for the 48-hour event now confirmed as July 15 and 16. While Amazon’s own deals are yet to be revealed, a few companies are already getting in on the action with their own considerable discounts, particularly when it comes to deals for guitarists.

If you can’t wait until Prime Day, Musician’s Friend have started early by offering a host of hot deals, and there are plenty of great guitar bargains to be had.

Highlights include Sterling by Music Man's ace John Petrucci JP70 7-string and the Martin DC Performing Artist electro-acoustic, which has been treated to a huge $500 discount.

There’s no saying how long these deals will last, so if you’re considering a purchase best act fast!

If your business is rock, then a Les Paul should be high on your shopping list. This beauty, in stage-ready satin nitro finish, comes fully loaded with 57 Classic and Super 57 Gibson humbucking pickups, providing a huge tonal range.View Deal

Musician's Friend are currently offering a massive $500 discount off this beautiful electro-acoustic dreadnought, which blends the legendary Martin tone with solid-wood construction and elegant appointments, including a Fishman Matrix VT Enhanced pickup.View Deal

The Platinum edition is like the popular Schecter C-1 on steroids. Upgrades include platinum fingerboard inlays and satin chrome hardware. With a set neck and active EMG pickups also in the mix, this is one potent guitar for players of heavier styles.View Deal

The Jazzmaster is a full-bodied classic and this limited edition model, complete with rosewood neck, is a bit special. The guitar is replete with a pair of single-coil pickups, plus a Jazzmaster tremolo bridge with brass Mustang saddles and screw-in arm.View Deal