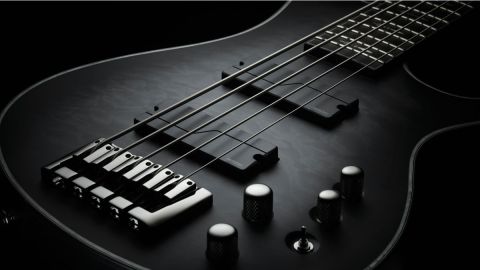 No matter what style you play, the Fishman Soapbar has great bass tones for you

When Fishman rolled out their Fluence pickup line in 2014, it promised substantially wider palettes of tones from their standard setup.

Fluence technology uses a solid core instead of a wire coil, with a magnet similar to more conventional pickups, in order to tame the pesky humming and other noise inductance issues often associated with wire-wound pickups.

To cover as many bases as possible, we put it through its paces on a five-string Schecter Hellraiser Extreme. The Soapbar comes with the same fully-active EQ and voicing switch that they’ve used with their guitar pickups for some time, which is something unique to Fishman.

There are four knobs – a pan pot, a volume and two EQs. Both have centre points that yield a flat, neutral sound. The front is the bass/treble knob, and bringing it all the way down produces an exceptionally creamy and resonant sound, particularly across the B, E and A strings.

The other knob is more of a mid-dial. When we pan all the way out,it gives a tasty mid-frequency thump. Pop the volume knob up for a single coil setting for both pickups.

Considering that this expansive array of options applies to each of the three voice modes, the Soapbar delivers a truly jaw-droppingarsenal of tones. The voicing switch includes three positions, the first of which is the ‘Classic’ position. Whileit doesn’t have as much extension in the treble range, there’s quite a bit of depth in the middle tones. Recreating the smooth potency of old-school passive pickups, this position gives more of a 70s-style classic rock punch.

The ‘Modern’ position produces the super hi-fi resonance that we would expect out of an active setup. The sound is eminently clear and the nuances hold up well, throughout both extended treble and bass. Metal players will have a field day with the meaty buffet of tones living here.

In the centre of the switch we have the ‘Funk’ position, which, with neutral settings, feels similar to the ‘Modern’ voice – extended highs and lows and more of a scooped quality. It’s also more percussive, with a wide tonal curve suitable for a slap technique.

Details hold up well across the upper mids and, oddly, ‘Funk’ gives a bit more attack than the modern position. Considering its broad versatility, any bassist would be hard-pressed not to find the sound they need, whether on stage, in the studio or in the basement jam room.

After weeks of hard playing, we feel like we’ve hardly seen the tip of the iceberg. Highly recommended.