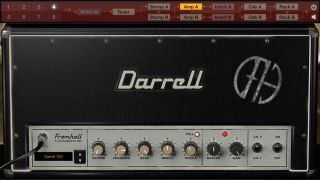 The collection features nine new models—two amps, two cabinets and five stompboxes—and was developed in collaboration with Dimebag’s longtime guitar tech Grady Champion. You can see the full list of models below.

Available as a desktop app and DAW plugin, the CFH Collection features IK’s Dynamic Interaction Modelling, which aims to capture the nuance and character of every component.

The Dimebag Darrell CFH Collection is available for preorder via IK Multimedia for the introductory price of $79.99. The Collection ships from November, after which the regular price will be $99.99.

For more info on the collection, head on over to ikmultimedia.com.