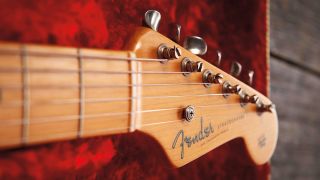 Fender has announced that longtime investor Servco Pacific Inc. has entered into a sale and purchase agreement to acquire TPG Growth’s shares in the storied electric guitar company.

The agreement will make Servco the new majority stake owner in Fender; previously, the brand had been operating under joint ownership by Servco and TPG Growth.

Fender Musical Instruments Corp. CEO Andy Mooney said in a statement, “Fender has enjoyed nearly a decade of sustained growth under the joint ownership of Servco and TPG Growth. We thank TPG Growth for their contribution on multiple levels, both strategic and tactical, and for their support to expand into digital products and services.

“On an operational level, all will remain the same; Fender will continue with the same exceptional management team who all have been instrumental in our recent growth. We look forward to extending FMIC’s long term relationship with Servco who share our core mission to support artists and players at every stage in their musical journey.”

Servco’s relationship with Fender began in the 1950s as a dealer as its products. In 1985, Servco was part of the small investor group that backed Bill Schultz in the buyout of Fender from CBS, effectively putting to an end the 'CBS era', considered a low point in the company's history.

The Servco purchase is targeted to close in February.

Fender recently wrapped a successful NAMM, with the debut of the new Acoustasonic Stratocaster, Princeton and Mustang combo amps and Fullerton Ukulele Series, and the return of the HM Strat.